Dr. Edwards was raised in the Bay Area where she met and married her high school sweetheart, Erik. She attended UC San Diego for college where she graduated Summa Cum Laude. She then traveled south to Vanderbilt University for medical school where she was elected to the Alpha Omega Alpha honors society. She returned to the Bay Area to complete her residency at Stanford University. During her 3rd year of residency, she and her husband welcomed their first child, Wesley, into the world. She moved to Eugene following residency and joined Pacific Women’s Center. She delivered her second son, Hunter, shortly after. Dr. Edwards and Erik completed their family with the addition of their daughter, Adelaide, in late 2019. 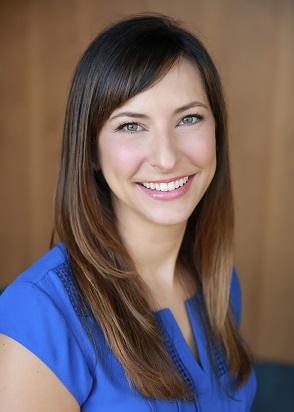 Dr. Edwards has a special interest in minimally invasive surgery and received an award for excellence in laparoscopy during residency. She also enjoys family planning, obstetrics and general gynecology. She loves working closely with her patients and providing compassionate individualized care.

In her free time, Dr. Edwards spends quality time with her husband and children. Together, they enjoy exploring the Pacific Northwest, hiking, cooking, reading, and caring for their many animals.

Little Known Fact Dr. Edwards lived in Israel for two years during her childhood and attended an international school.