Traditional and 3D breast imaging are used to detect any issues with their breasts concerning pain, lumps, tumors, or other abnormalities. They’re also relied upon when something suspicious has shown up on a manual mammogram screening.

What is 3D breast imaging and how is it different from traditional imaging?

3D mammograms, also known as breast tomosynthesis, consist of using advanced technology that is FDA-approved. It takes several images of breast tissue to construct a 3D picture of the breast. Traditional screening takes images of the breast from two angles. In comparison, regular imaging, or x-rays, aren’t able see through dense breast tissue or masses.

It’s easier to miss lumps or tumors that could be lurking in other areas of the breast with traditional imaging. 3D breast imaging allows health care providers to obtain a better view of the breasts with high-quality detail of surrounding masses.

A 3D scanner rotates in an arc over the breasts, taking images at different angles, whereas a traditional image is stationery. Images on 3D are taken on both sides and top to bottom of the breast. It allows for better visibility of where small tumors could be hiding in breast tissue. It’s similar in nature to a CAT scan.

3D breast imaging can also aid in eliminating unnecessary alarm for the patient with less call-backs for more testing.

Studies show that 3D breast imaging is more accurate than traditional mammograms at detecting cancer and finding it at the early stages.

Other facts about 3D breast imaging

There is slightly more radiation released in 3D breast imaging than there is in the traditional method. The amount is still far below the FDA’s safety limit, according to the American Medical Association. A newer, low-dose 3D mammogram emits less radiation than traditional 2D mammograms.

Anxiety in patients is further reduced with 3D breast imaging because its accuracy results in fewer call-backs.

The doctors at Pacific Women’s Center guide patients through the best procedure when it comes to breast imaging. Call them to learn more or make an appointment to visit one of their doctors. 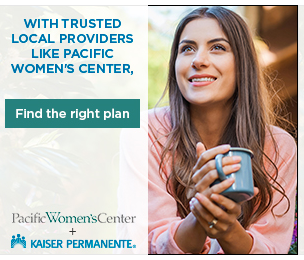 We are currently hiring for RN/LPN/MOA’s and a scheduling coordinator! For more information, please give us a call!